San Mateo County’s Health Department yesterday (April 30) released how many people have tested positive for COVID-19 based on zip code.

County Manager Mike Callagy said last week to take the numbers with a grain of salt, since they only tell part of the story, which is that of people who were displaying at least two symptoms to be tested. Callagy also pointed out that many carriers of the virus do not show symptoms.

County Health Officer Scott Morrow had previously refused to release information on where virus cases are located because he wanted residents to be on guard and follow safety precautions no matter where they live. 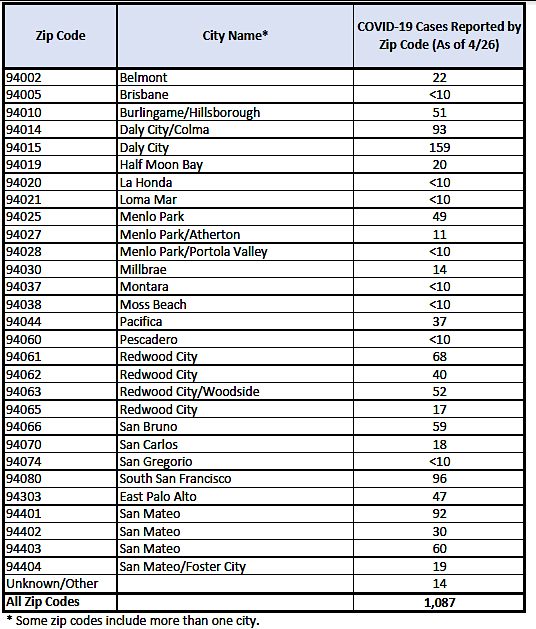 BY EMILY MIBACH Daily Post Staff Writer Menlo Park will join all other cities in the Bay Area in allowing construction to start back up come Monday (May 4), City […]

By the Daily Post staff Santa Clara Couny today moved out of the Purple Tier, the state’s most-restrictive Covid-19 tier, and into the Red Tier, which allows indoor restaurants to […]