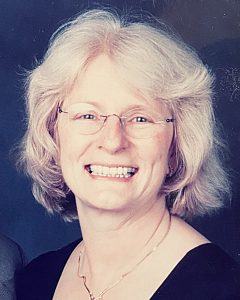 Bonnie Tenenbaum passed away on October 15, 2020, two days after her 76th birthday. She is survived by her beloved husband of 54 years, Marty, cherished son Josh, daughter-in-law Mira and granddaughter Abi; sisters Joanne and Ann, and brothers Malcom and Steve, as well as many nieces, nephews and cousins. In the final years of her life, she treasured her friendship with her caregiver Leo Guzman.

Bonnie was an educator for nearly 50 years. She was especially dedicated to projects with few resources. Because she graduated from both Cal and Stanford, she used to joke that her team never lost a Big Game. Known for her thoughtfulness and generosity, Bonnie helped establish several enduring institutions in the Jewish community.

Bonnie was born Arlene Bonita Katz on October 13, 1944 in Seattle, Wash. She attended the Helen Bush School and the University of Washington, before transferring to UC Berkeley. She majored in history and went on to get an MA in European intellectual history and a teacher’s credential. She taught at Cubberley High School in Palo Alto and Ravenswood High School in East Palo Alto, before returning to academia to get a PhD in educational psychology from Stanford University.

Bonnie’s professional focus was curriculum evaluation. She identified innovative new curricula, designed and conducted formal evaluations, and helped disseminate successful projects across the country through the Federal National Diffusion Network. Running her own business, she consulted for the California Department of Education, numerous school districts across the state, and several Bay Area research labs, including SRI International, American Institutes for Research, and Xerox PARC.

When federal support for education research was slashed under the Reagan administration, Bonnie resumed her own education and pursued a master’s in Public Health at San Jose State. She also taught courses in social studies education at several local universities, including Santa Clara and Notre Dame de Namur. In 1995, soon after the birth of the Web, she started the Internet-based Virtual Public Library (now called the K-12 Instructional Resource Center, https://www.k12irc.org), one of the Internet’s first public repositories of exceptional educational materials, which she personally curated and which continues to this day.

Even while pursuing her ambitious career in education and raising a young child, Bonnie immersed herself in service to the Jewish community. She started volunteering with the Palo Alto Jewish Community Center in the 1970s when it was operating out of a small house on Middlefield Road. Over the next several years she took on increasing responsibilities in the JCC, rising to become president and overseeing its transformation into a major center of community life as the Albert L. Schultz JCC on the Terman campus. And when the JCC had to find a new home in the early 2000s, she helped lead its evolution into the new Oshman Family JCC.

Bonnie’s work with the JCC was just the beginning of a remarkable second career as a community leader and philanthropist, helping to establish the organizations and institutions that now provide the foundations of Jewish life and education on the San Francisco Peninsula and well beyond. These include the South Peninsula Council of the Jewish Community Federation, Jewish Family and Children’s Services, Congregation Kol Emeth, the New Israel Fund, the San Francisco Jewish Film Festival, Stanford Hillel, the Jewish Chaplaincy at Stanford Hospital, the Jewish Home for the Aged, and Hatikva House, a Jewish home for developmentally disabled adults.

Most of all, Bonnie’s passionate support for and impact on education was immense, both in Jewish and general education. She helped found two Peninsula Jewish day schools, the South Peninsula Hebrew Day School (SPHDS) — where she also served as head of general studies — and the Gideon Hausner Jewish Day School, as well as the East Palo Alto High School (now Academy). She also made major contributions to the development of the Jewish Community Day School (JCDS) in Watertown, Mass., where her granddaughter Abi was enrolled, and to Canada/USA Mathcamp. She was a dedicated supporter of first-generation low-income college students, through the Peninsula College Fund and KIPP Bay Area Schools. At Stanford University, she endowed the Bonnie Katz Tenenbaum chair in Education which allowed Stanford to recruit Guadalupe Valdés, one of the country’s leading experts in bilingual education who also became a personal friend and collaborator. And working with the Bureau of Jewish Education of Northern California (now JewishLearningWorks), she created a shared resource center for Jewish educators in every school across the region.

In her work with these organizations, Bonnie contributed both as a philanthropist and an educational visionary, bringing all her experience in teaching, curriculum development and evaluation, planning and management to help each institution achieve its greatest potential. Dr. Susie Tanchel, past JCDS Head of School, shared this upon hearing of Bonnie’s passing: “I always appreciated Bonnie’s sharp mind, fierce spirit, and warm heart. She was an educator’s educator who possessed a deep and inspiring commitment to both Jewish and progressive education.”

Her contributions were recognized with numerous honors, including the United Way for Santa Clara County Volunteer of the Year Award (twice), the Jewish Community Federation Harvey Koch Leadership Award, the East Palo Alto High School Volunteer of the Year Award, the New Israel Fund Guardian of Democracy Award, the Jewish Family and Children’s Services Fammy Award (“for her extraordinary example, leadership, and caring for our community”), and just earlier this year, the inaugural David Waksberg Award for Sustained Impact in Jewish Education from JewishLearningWorks.

Zichronah livrachah – may Bonnie’s memory endure as a blessing. She will live on in all the good that she has done for her family, her friends, and her community. More information and tributes to Bonnie can be found at https://sites.google.com/view/bonnie-tenenbaum-shiva/home