Update, 4:20 p.m., Feb. 28 — Jose Gutierrez, who was wanted for shooting an “AR-style rifle” in his backyard on Saturday, turned himself into Menlo Park police today. The shooting allegedly occurred at a house at 1122 Sevier Ave. in east Menlo Park on Saturday (Feb. 24) night. Police surrounded the house, obtained a search warrant and raided it on Sunday morning, but Gutierrez wasn’t home. When Gutierrez surrendered today, police took him to the San Mateo County Jail in Redwood City and booked him on two charges:

• Discharge of a firearm with gross negligence, and

Update, 1:20 p.m. Feb. 25 — Menlo Park police report that they have found the “AR-style rifle” that was allegedly used in the shooting on Saturday (Feb. 24) night.

Now police are looking for Jose Gutierrez, 36, who is wanted for allegedly shooting an “assault rifle type weapon” in the backyard of the home last night. Police said Gutierrez is considered “armed and dangerous.” Police said he is believed to be driving a silver Honda Accord with a license plate of 5ZCK527.

The incident began at about 11 o’clock last night (Feb. 24) when neighbors called police to say they saw a man shooting an “assault rifle type weapon” in his backyard because he was upset by loud music at a nearby party.

Police surrounded the house. They got a warrant to go inside and confiscate any weapons. The South County SWAT team went into the house at 8:57 a.m. today and while they didn’t find Gutierrez, they “did locate significant evidence that a shooting had occurred.” 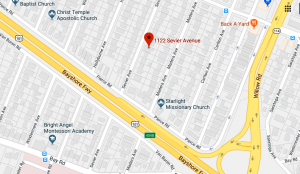 By the Daily Post staff Update, 11:30 a.m., Friday, Dec. 13 — The San Mateo County Coroner’s office today identified the woman who was stabbed to death in her Menlo […]

By the Daily Post staff A Menlo Park man who sold a laptop for $800 was paid mostly in counterfeit bills, a police spokeswoman said. The man had posted his […]