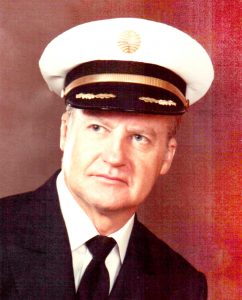 Leo Mather Sant was born in Grace, Idaho, on August 27, 1921, to Alfred and Ethel Sant. He died peacefully at his home in Salt Lake City on June 14, 2020, from causes incident to age. Leo grew up in Grace, Idaho, and attended Idaho State University’s College of Pharmacy. He joined the U.S. Army Air Corps in 1943, becoming a pilot and serving in the European Theater for the duration of the war. In 1946, he became a commercial airline pilot with Pan American Airways and loved a career in aviation until retiring in 1981. He and his wife, Maralynn, raised their four daughters in Los Altos, California. Leo was an active member of the Church of Jesus Christ of Latter-day Saints. He was known by his family and many friends as a kind, loving and generous man who influenced people for good, wherever he went. He was a true gentleman.

He is survived by daughters Julie (Brent) Schenk, Jenny (Paul) Miller and Jill Johnson (Hobie Kellis); 12 grandchildren and 14 great-grandchildren. He is preceded in death by his wife, Maralynn; daughter Janet; parents and all six of his siblings. The family would like to express their love and appreciation for the caregivers and hospice team who cared for him during his last few years of life.