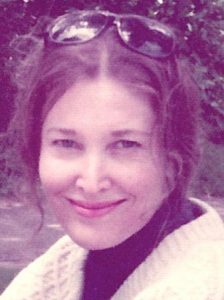 Kaaren Antoun, 79, a long-time resident of Palo Alto, died June 8, 2021. Born Kaaren Lynn Wiggins in Napa to Wilford Carlyle Wiggins, a federal civil engineer at the Mare Island Naval Shipyard, and Zola Magdalene Wiggins (née Barta), a school teacher in the Napa school system. The parents moved to California from Nebraska just after they were married in 1940.

Like her parents, Kaaren attended the University of Nebraska, where she graduated in three years with a biology degree and ecology minor. She took a job as a chemist at Hamm’s Brewery in San Francisco. After several years, she left to earn a fifth-year teaching credential at the University of California at Davis, after which she took a year to travel in Europe.

She met her husband of 51 years, John Antoun, when he was a Naval officer stationed at Mare Island. Upon returning from Europe, Kaaren was hired immediately by the Palo Alto Unified School District’s Math-Science Department at Gunn High School, where she taught college chemistry and advanced-placement biology for virtually all of her thirty three years on the Gunn Faculty. She was instrumental in instituting the practice of students’ taking chemistry before biology, rather than afterward, as was the practice in most schools then.

Kaaren had a lifelong love of sewing, fashion, and what is now called wearable art. If she were forced to name her favorite designer, it would be Issey Miyaki, whose designs she sewed, wore, and collected. 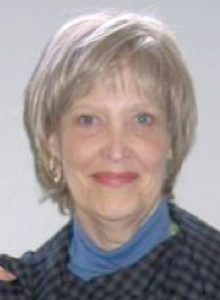 The couple loved to travel, domestically for art and theater, but especially to Europe. Kaaren made several solo trips to Japan and other East Asian countries with groups of sewing, fabric, and art aficionados.

In retirement, Kaaren kept up her fashion-related hobbies and travel. She also took great pleasure in hearing from her former students, especially Dr. Sarah Goodlin of Portland, Oregon.

Kaaren was preceded in death by her younger brother James Wiggins of Napa.

The couple had no children, but John’s sizable family of siblings, nieces, nephews, and grands provided much family love. Besides her husband, Kaaren is survived by lifelong friends Mary Carroll Scott of New York and Anne Hay of Boise, and nearby friends Susi Lilly of Sunnyvale and Barbara Bowers of Los Altos Hills.