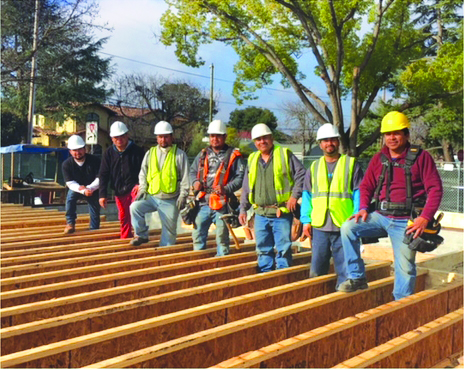 At Venture Construction and Development, they have a simple motto: “We build great things.”

Whether you’re looking to remodel your home or build from the ground up, the fourth-generation builders bring their commitment to traditional, high-quality workmanship. The company has built its sterling reputation on attention to detail and getting projects done on budget and on schedule.

President Frank Benaderet says they personally manage all aspects of construction from start to finish. They set themselves apart from other builders by performing trades in-house, from foundation, framing and electrical to finish carpentry and painting. By using their own highly skilled workers, they’re able to build more efficiently, maintaining high quality while minimizing the cost.

“We control the schedule, the budget and the quality,” said Benaderet. “Other builders will do one trade at a time. We’ll have four or five trades going at a time.”

For example, he said, they recently built a brand-new house in Palo Alto – a project of well over 5,000 feet – in only 10 months.

One factor in their efficient, high-quality work is the exceptional skill and experience of their crew. They have workers who have been with them for 20 years, said Benaderet. One of their project managers, William Lopez, is the son of a longtime building superintendent with the company. He started working with the company during summers while he was a student and learned the industry from the ground up. The other project manager, Danny McManus, is a Dartmouth grad who got his start as an intern.

Venture handles all kinds of renovations and remodels as well as new construction, and they specialize in updating older homes while preserving their architectural character.

They also take on investment partnerships with homeowners who are looking to take advantage of the Silicon Valley market by developing and then selling their properties at an increased profit. What they will do, for the right property, is have the property appraised. Venture will pay the costs for renovations. When the property is sold at a profit, the homeowner will get their original value, Venture will get the construction costs, and the profit from the sale is then split evenly between Venture and the homeowner. Benaderet said he recently worked on a Palo Alto property that was originally valued at $2.2 million. But after Venture made $800,000 worth of improvements, the property sold for $4 million.

“We were able to provide an additional half-million dollars for the owner,” said Benaderet.
Born and raised in Palo Alto, Benaderet said they treat the neighborhoods they work in as though they were their own.

“We care about the community we work in,” he said. “We don’t come into a neighborhood and park our trucks everywhere. We refuse to leave mounds of garbage everywhere.” And every day, he said, someone walks the site to make sure they don’t leave nails or other debris in the roadway.