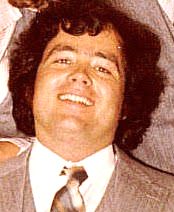 On April 14, 2019, Russell Mark Rector, beloved son and brother, passed away unexpectedly at his home in Oakland.

Born in Oakland in 1953, Russell was a wonderful gift to his parents, Robert and Marcia. He grew up in Palo Alto, graduating in 1970 from Palo Alto High School, where he was a National Merit Scholar. He graduated in 1974 from UC Berkeley, majoring in the then new field of computer science.

Russell authored The 8086 Book in 1980, a book describing one of Intel’s early microprocessors. He began working for Tandem Computers in the early 1980’s in a position where he was a key architect of hardware and software design. He continued in that role as Tandem was successively acquired by Compaq and later Hewlett Packard.

Russell retired at age 50, allowing him more time to travel and to pursue his many passions. He was a long-suffering supporter of the SF Giants (Croix de Candlestick recipient), Oakland Raiders, Cal Bears, and Manchester United. He was a talented bridge player, who earned 753 Master Points, playing with several different partners. Russell was a great cook, who enjoyed fine cuisine and wine, but was always ready for a Casper’s hot dog.

Gardening, birds, history, military strategy, camping, railroads, live theater, Elwell Lakes Lodge, and the Grateful Dead were all close to his heart and he continued to explore each of these with great gusto.

Russell was a truly exceptional person, who will be sorely missed by his many great friends, his dear McElrath and Millar cousins, nieces and nephews Christina, Matthew, Hannah, Colette, Barrett, Thomas and Helen, brother Michael and sister-in-law Nicole, sister Kay, brother David and sister-in-law Cindy, stepmother Antoinette, his father Robert Hart Rector, and the love of his life, Rebecca Sullivan. He was pre-deceased by his treasured mother, Marcia Millar Rector.

A Celebration of Life will be held on May 11, 2019 at 11 am at CHORI, 5700 MLK Way, Oakland CA .
In lieu of flowers, donations in Russell’s name may be made to the National Audubon Society.