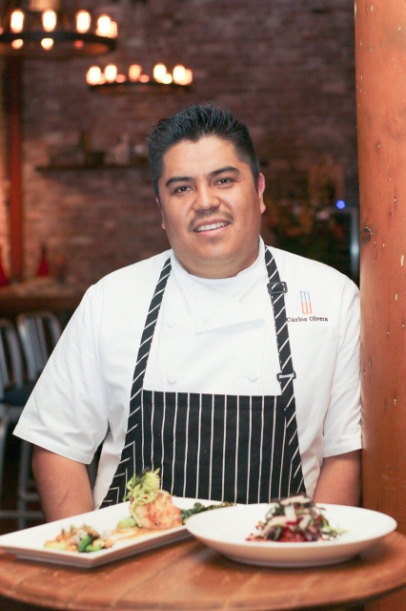 You can get anything you want at Alice’s Restaurant – especially if what you want is something seasonal, natural and delicious.

With new chef Carlos Olvera now leading the kitchen, Alice’s has introduced seasonal dinner specials that change every few weeks to take advantage of the freshest locally sourced ingredients. The family-owned restaurant has long been committed to using fresh and natural ingredients, including free-range organic chicken, grass-fed beef and organic sodas, as well as offering house-smoked brisket and ribs.

Over the last 10 years, Olvera cooked his way around some of the Peninsula’s favorite restaurants, including Michelin starred spots like Rosewood’s Madera and Village Pub, before a four-year stint leading the kitchen at Redwood City’s Martins West. From those he learned a mastery over every detail that he carries with him to Alice’s.

Alice’s has always made their own brisket in-house, and now some of that brisket is going toward making their own pastrami, too. He takes the brisket and brines it for days, then smokes it and slow-cooks the meat for 48 hours. All that takes place before it ends up in your lunchtime sandwich.

For a recent special appetizer, duck mole sopes, Olvera says the duck was marinated for 48 hours, then cooked sous vide for 12 hours. But the real secret to a mouth-watering mole, he said, is knowing how long to cook each of the different spices that go into the mix.

“He’s passionate about what he’s doing,” said Jamie Kerr, who owns the restaurant along with his brother, Andy. “He’s taking the food to another level.”

Whether it’s the housemade pasta or the deconstructed chicken pot pie, everything at Alice’s is made fresh from scratch.

Olvera has also taken a hand in shaking up the cocktail menu, from infusing vodka with Buddha’s hand citrus to whipping up a recipe for a refreshing blood orange pisco sour.

In addition to serving breakfast, lunch and dinner every day, the restaurant also hosts a happy hour Monday through Friday from 3 to 7 p.m. During happy hour you can get dishes like sliders or tacos for $5 and also get $2 off draft beers and $1.50 off house wines.

So come by any day of the week to Alice’s at the intersection of Highways 84 and 35 to check out the new dinner menu and say hello to Chef Carlos or general manager Harleigh Stoltz.