Our mid-Peninsula state legislators should step up and repair some of the damage that will be done by the Republican tax bill Congress intends to send to President Trump.

You have the power to correct a big mistake in the tax bill that will hurt many of your constituents.

Previously, taxpayers could fully deduct their state and local taxes, known as SALT. Under the bill Congress is sending to President Trump, the SALT deduction has been capped at $10,000. The $10,000 could be used for state income taxes, property taxes or some combination thereof.

That’s an improvement over the original proposal that eliminated the SALT deduction altogether. 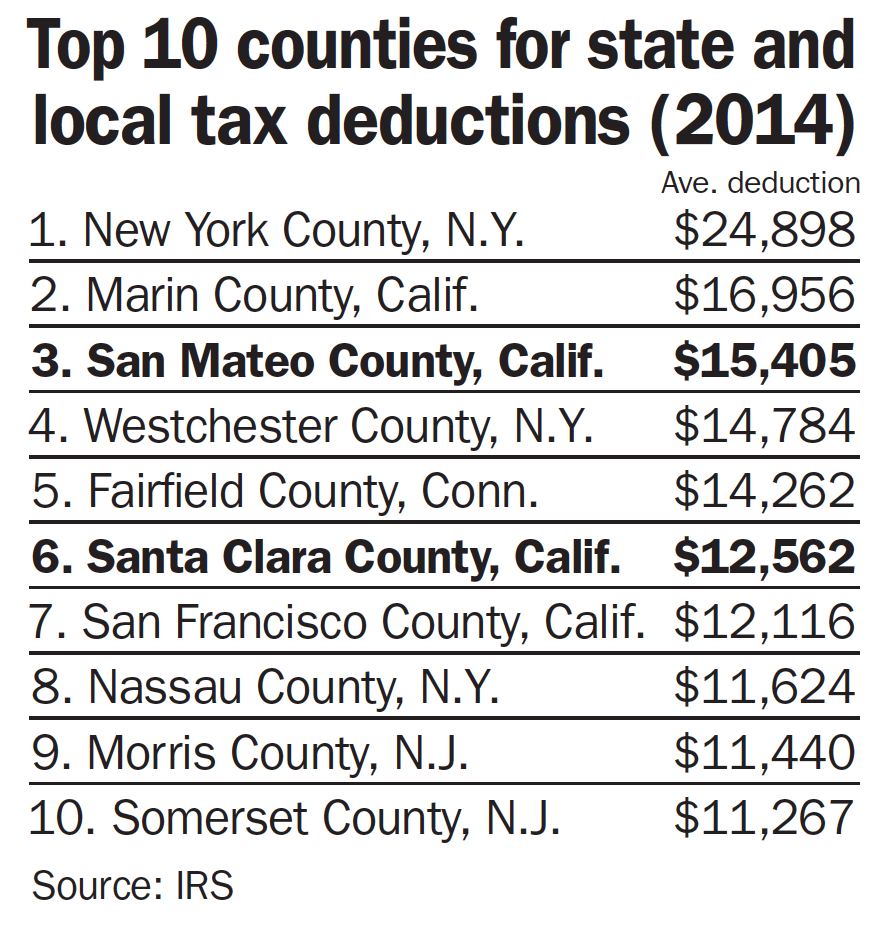 They were upset because it was their constituents who would suffer from the change. The SALT deduction is used mostly in high-tax states like California, New York and New Jersey, all Democratic states.

It looked like Republicans were seeking revenge on the blue states by going after SALT.

But even with the compromise that allows deductions of up to $10,000, mid-Peninsula residents are going to take a hit because their SALT deductions are often larger than that.

So even with the $10,000 cap, many residents here will be paying more in federal taxes.

But this doesn’t have to be a victory for the Republicans. And that’s where Berman, Mullin, Hill and the rest of the Legislature come into play.

The Legislature can redefine state and local taxes as charitable contributions, which remain fully deductible under the Republican tax bill.

This isn’t a crazy idea out of left field. The IRS and federal courts have ruled that government entities can count as charities for the purpose of charitable deductions, and the donor can receive a full state or local tax credit in return.

This idea is spelled out in a Nov. 9 analysis by UC-Hastings Associate Law Professor Manoj Viswanathan and it’s been reported by the Sacramento Bee on Dec. 8 and the Los Angeles Times on Thursday.

For the state government, there’s no downside. The amount of revenue the state will receive will be the same. It’s simply an accounting change. For the taxpayer, it’s money in the bank, as the LA Times put it.

Berman, Mullin and Hill should introduce bills to redefine state and local taxes as charitable contributions. They’ll help their constituents and get a chance to shoot down a Republican attempt to punish California.