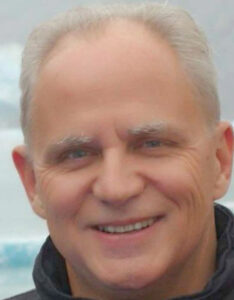 With immense sadness we announce the passing of Professor Radu Toma, at 60 years of age, on February 13th, 2022. Radu was a teacher at Palo Alto High School, Palo Alto, CA, and an adjunct professor of Mathematics at Canada College, Redwood City, CA,
beloved father, and friend.

Radu was born in Brasov, Romania, in 1961. He graduated with a MS in Mathematics from the University of Bucharest, Department of Mathematics, and later obtained a MS in Education from California State University-East Bay. Radu had a long and highly successful career during which he changed for the better the lives (and mathematical understanding) of so many of his students. He was recognized internationally as a first-place winning mathematics coach in the COMAP International Mathematical Modeling Challenge, where he won first place with his students several times. He was also the coach and teacher for students who medaled in the International Mathematics Olympiad. His achievements in mathematics coaching were recognized by the US Congress and the State Department.

Radu was about a lot more than his career. He loved to travel – he was an adventurous traveler who visited more than 80 countries. He was an avid reader and enjoyed gathering with friends around a bottle of wine. Radu had an incredible sense of humor, energy, and an infectiously optimistic personality that we will never forget. Rest in peace, dear father and dear friend.

Radu is survived by his beloved daughter, Emma Toma who resides in London, UK. Radu Toma’s memorial service will take place on March 4th, 10:00 am, at Alta Mesa Funeral Home and Chapel, 695 Arastradero Rd, Palo Alto, CA 94306. Urn placement into
niche will follow at the same location. In lieu of flowers, donations can be made in his name to the Unbound charity (www.unbound.org) to help children around the world. This charity was very dear to his heart.