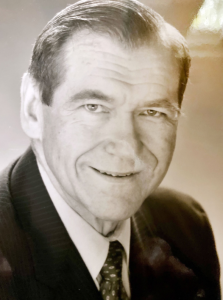 Arthur Michael Bodin, Ph.D., a long-time resident of Palo Alto, passed away peacefully, surrounded by his family, on October 15, 2021, after a long illness. A native New Yorker, Dr. Bodin graduated from Swarthmore College and obtained his PhD in Psychology from the State University of New York at Buffalo. He married Miriam Lifton in 1961, and they moved to Palo Alto in 1965 when he began working as a clinical psychologist at the Mental Research Institute (MRI) in Palo Alto. He had a therapy practice with special expertise in couples and family systems/therapy for 50 years until he retired in 2015. He was devoted to MRI and served on its board several terms, right up to the present. His good judgment was highly valued there and he
was known for his thoughtful analysis and awareness of ethical and legal issues impacting on clinical and research work. In addition to these endeavors, he taught widely and conducted research. His writings have been published widely and his presentations were frequent, successful, and sought after.

Art was an avid photographer and enjoyed this avocation during his entire life starting in childhood. Additionally, he was a musician and even composed, He took great pleasure in telling jokes and stories to friends and colleagues alike. His wife was the perfect listener because she claimed always to forget them. He and his wife traveled widely well into their seventies. He would say often that his five granddaughters along with his beloved children and their spouses have made his life one of joy and gratitude. He supported his wife, Miriam, unstintingly in her own professional work. In his later years he developed a strong interest in American history and current events. He read widely and listened avidly to audio books and he loved the history channel. His family and friends will attest to his support for the State of Israel and his fervent love of the United States.

He also enjoyed the outdoors and especially canoeing. Early in life he was a camper and then a counselor. He attained the position of waterfront director while still in college. He wanted his wife and children to enjoy these activities and many days were enjoyed in Foothills Park or farther afield where they canoed on the lake and walked in the woods.

A late in life interest for him centered on attending concerts, listening to music online and attending the opera simulcasts which he enjoyed with his wife. He tried, also, never to miss a special game or a performance in which any of his granddaughters appeared. Shabbat, holiday, and family events became ever more important to him as his physical limitations began to emerge. In his last years he continued to advise young psychologists and even to serve on Ph.D. committees.

To all of those people whose lives he touched, we know he would like you to know that he believed fully in the capacity of people to make positive changes and to grow, to make decisions collaboratively, and to find healthy ways to work out differences. He was optimistic by nature and a very tender person. He was known to tear up at movies and even commercials. At his funeral the rabbi talked about his generosity, and we think that adjective really describes a basic element in the character of the man we loved and now miss very much.

He is survived by his wife Miriam Bodin, of Palo Alto; by his son Douglas Bodin and his wife, Pam Bodin, of San Mateo, and their three daughters, Hannah, Jessica, and Lily; and by his daughter Laura (Bodin) Dunn and her husband, Jim Dunn, of Belmont, and their two daughters, Leah and Tara.

Donations can be made in his memory to Wornick Jewish Day School (wornickjds.org/supporting-wornick) or the charity of your choice.