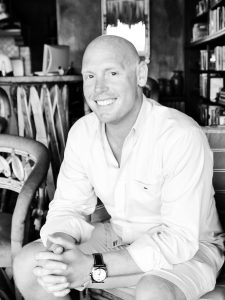 Jason graduated from Lafayette Jefferson High School in Lafayette, Indiana in 1997. He continued his education at Purdue
University where he completed his Bachelors of Science in Organizational Leadership and Supervision in 2002. He met his wife, Angela Colombani, in San Francisco in 2010 where they lived until early 2014. Jason and Angela moved to Redwood City where they began raising their two children, Hayden (6) and Nora (3).

Together, Jason and Angela loved to travel, attend music concerts, and spend time with family and friends. Their favorite place was Lake Tahoe where they spent many weekends with their friends and family. This was also where they were married, at the West Shore Cafe on Dec. 8, 2012. Their marriage resulted in Jason’s greatest love, treasure, and legacy, being the father of Hayden and Nora.

Jason was fun, always the life of the party, and brought joy to those who had the pleasure of spending time with him. He loved playing baseball, wakeboarding, snowboarding, and entertaining friends and family. He cherished his lifelong group of friends from Indiana, Purdue, and the Bay Area. His friends returned his devotion as evident during the last months of his life.

Jason’s successful career in technology software sales took him throughout the country, during which time he lived in various states until settling down in Northern California. He impacted many in his short life as a compassionate leader in business. Hallmarks of Jason’s leadership included his kindness, contagious laugh, and outgoing spirit. These attributes made him a magnet for those whose paths intertwined with his.

The family gratefully acknowledges the excellent staff and their care, led by Dr. Gabriel Mannis, provided to Jason during his last several months at Stanford Hospital.

Jason is survived by his beloved wife, Angela Colombani, his children Hayden and Nora; his sister Julie Busse (Gary), his nieces, nephews and family members. He was predeceased by his parents, Donald and Sondra Exmeyer.

To honor Jason and celebrate his memory a celebration of life will be held from 1:30-3:00 p.m. Sunday, Dec. 8, 2019 at the Rosewood Sand Hill located at 2825 Sand Hill Rd in Menlo Park, CA. A private burial will be held on Saturday, Dec. 7, at Holy Cross Cemetery in Colma, CA. In lieu of flowers, memorial contributions may be made in Jason’s name to the Leukemia and Lymphoma Society.