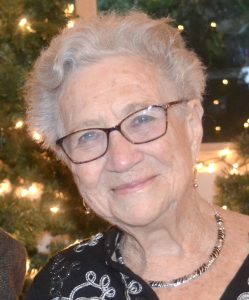 Mary passed away on the afternoon of October 14, 2021 in Santa Cruz, California at the age of 93. She was born September 20, 1928 to Bernard and Annabell Rose in Marion County Arkansas. A child of the Ozarks, she loved to speak of her young life in the mountains among her many kin folk.

Mary traveled the many roads of this country with her partner and beloved husband of 63 years, Howard Berger. In 1958 they met and married in Redwood City California. Later they moved to San Jose to raise their brood. This devoted mother of six worked full time for Lockheed where she rose through the ranks to executive level.

Upon retirement she and Howard moved to Dutch Flat California. There in the mountains they grew food, read piles of books and held large family gatherings. Mary made beautiful quilts. She and Howard were a bridge couple to be reckoned with at local card tables. For health reasons, in 2012 they returned to the central coast.

Despite many challenges of advanced age Mary continued to have a great outlook on life. Welcoming every day, she lived a spiritual life. Her exit from this world was part of that life. She looked death straight in the eye and embraced it. The river had at last met the sea and they were one.