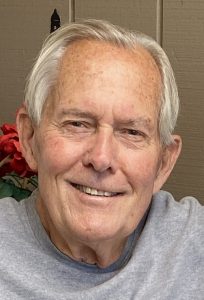 A dad, grandpa, brother, uncle, and friend, Thomas Leigh Craigmile (Tom), passed away unexpectedly on May 18, 2021 just 9 short months after losing his high school sweetheart and beloved wife of 54 years, Diane. He was 75.

Tom was born in San Francisco on October 26, 1945 and was the only child of Kay and Duncan Craigmile. Shortly after he arrived, the family moved to Redwood City. Tom attended Lincoln Elementary, McKinley Middle School, and Sequoia High School for 1 year before transferring to San Carlos High School when it opened. There he met his sweetheart and future wife, Diane. They graduated together in 1963 in one of the first SCHS graduation classes along with an amazing, lifelong group of friends.

In 1966 they were married and just 12 months later Tom enlisted in the US Air Force. Together they moved to Amarillo, TX while Tom was in basic training. The newlyweds were separated for 14 months while he served his country abroad in the Vietnam War. Upon his return they were stationed at George’s Air Force Base in Victorville, CA where their only child, Leanne, was born.

After returning to San Carlos from the service, Tom went to work in construction and became a self-employed general contractor. He worked on his own and in partnerships over the course of his long and reluctant-to-retire-from career. He was known for being honest, hardworking, a problem solver, collaborative, and just a really great guy to be on a job with. His business was successful because he loved what he did and the people he worked with. He made close and lasting friendships with many subcontractors and clients.

Tom was a car and motorcycle fanatic through and through. He was well known in high school for his souped-up canary yellow ’56 Chevy that he drag-raced on Canada Road. He enjoyed Harley rides and runs with Diane and a group of local friends. And, he had recently purchased a 2020 Dodge Charger that he enjoyed cruising (with an occasional burnout).

Tom loved spending time with his family. He was a proud parent and fun-loving grandparent. But, his wife Diane was the love of his life and his partner in everything. They grew up together, traveled together, survived storms together, and were inseparable. He was heart-broken to lose her unexpectedly last year.

Tom is survived by his daughter Leanne Hulme (JR Ahn) and grandkids JT and Katie. Tom had a large and loving group of in-laws thanks to marrying into the Kilburg family 55 years ago. He is greatly missed by brothers Ron Kilburg (Margie), James Kilburg (Joyce), Robert Kilburg (Lori), and sister Jackie Kilburg. Additionally, Uncle Tom has several nieces and nephews whom he loved very much.

In lieu of flowers please consider a donation to the American Heart Association in Tom’s name.